Last year, @TheWelshWookie and I signed up for the inaugural Color Run UK Glasgow event. Unfortunately, it was cancelled, and I was a little worried that we wouldn’t see the event in Glasgow any time soon.

Fortunately, that didn’t happen, and this year I took part with my bestie, Pauline, Olivia, my Goddaughter and her friend Holly. And so it was a dry but overcast morning that we hopped on a train, ready to take part in what I knew would be a fantastic event.

It wasn’t my first Color Run: Angie and I took part in the UK’s first ever Color Run in London back in 2014. I was looking forward to the event once again!

By the time we arrived at the SECC start line, the warm up was well underway. Local DJ Des Clark had the crowd going, and I loved the Clubbercise routines that were used for the warm up. We had plenty of time for a few pre-race snaps before it was time to join the line up for the start itself.

We walked, and jog-walked this event, which was great. We took our time, soaked up the atmosphere and made the most of it. The route took us through the city centre, which was fantastic! As you’d expect, there were four colour zones en route, and we were doused properly at each one 🙂 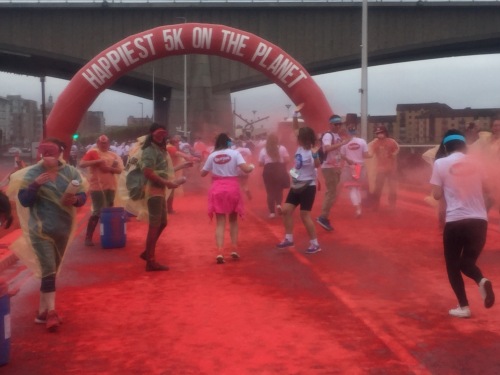 One of the highlights for me was the bubble machines which filled the tunnel at Central Station with multi coloured bubbles! 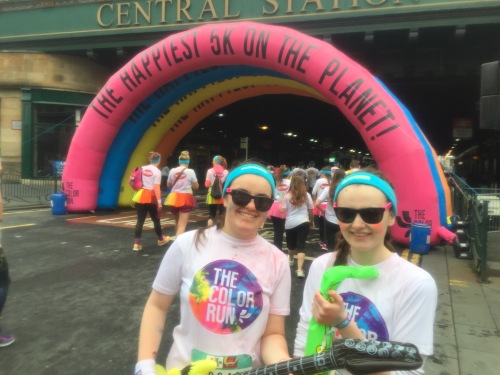 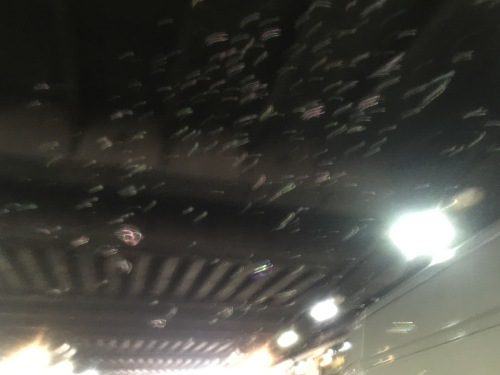 The end of the route took us to the Merchant City, which was set up with a stage. a DJ and some brilliant music. There were some freebies at the end: the usual water and snacks, but also some wipes, to help clear off some of the powder. Before we did that, of course, we took part in the final colour burst, which was fab. 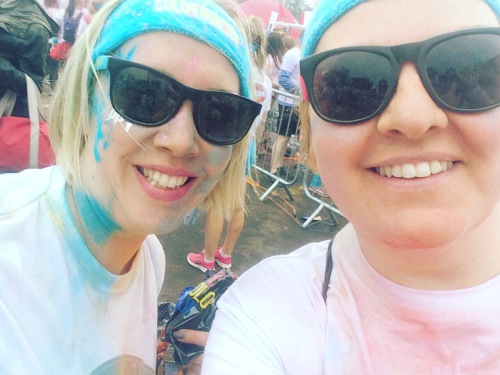 I really enjoyed the event – walking it was a little different,  but it meant I was able to really soak up the atmosphere, and have fun en route skipping, jogging and laughing our way around.

Will we be back next year? You bet!