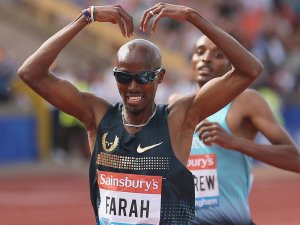 Mo Farah is my running idol. I think that it helps, him running 5,000m and 10,000m, and moving up to half and full marathon distance in the coming months/years. It kinda makes him more ‘real’ since he runs my distances.

I’m so inspired by him- I watched him win the World Championship 5,000m and 10,000m golds in Moscow last week. How he reacts to pressure, trusts his instincts and his training is awesome. You can watch the BBC sport clip of his final 10k lap here:

I watched Mo Farah at the Anniversary Games in London a few weeks ago, running in the 3,000m. He was amazing, bagging a personal best over this distance.

I watched Mo run half of the VLM, just to test himself and his training. 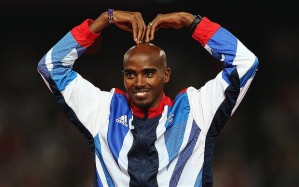 I watched him try his hand at other sports by participating in Superstars.

And I’ve watched him for years. I follow him on twitter. I read other people’s posts about him. He’s some guy.

And he seems to just get better, and better.

He’s such an amazing distance runner: he always looks so relaxed, and the way he is able to pull away from the pack in the later part of his races is awe inspiring, and tremendous to watch.

He runs his own charity foundation. Usain Bolt has agreed to race him, for charity- to benefit both of their foundations.

He seems to be a thoroughly decent, dedicated, hard working guy who loves his family. He loves his football.

He does the MoBot.

I find him really inspiring. 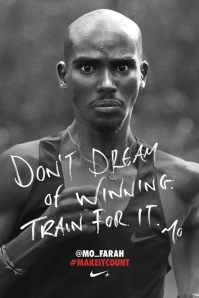 One thought on “Mo Motivation”