Today I’ve taken a dose of my own Monday Motivation advice, and I’ve started the week as I mean to go on.

Yes, I’ve been reunited with my trainers, and I have run! 😀 Hurrah!

I ran an easy mile on the treadmill, and followed that with 5k on the exercise bike. Now I feel fabulous!

How was your Hallowe’en on Friday? We had a family party at my brother and sister-in-laws, and it was loads of fun! The theme was ’80s, and we had usic and snacks from the 1980s, and most costumes were 80s themed too. @TheWelshWookie and I went as Kylie and Jason (he was Kylie, I was Jason!), my brother was also dressed as Jason, so our very own Kylie had two to choose from! We also had a couple of Madonnas,Marge Simpson, a clown, Mrs Incredible, a zombie, and many more. Janice’s costume was fab: she was Freddie Mercury, from the video for I Want to Break Free, complete with vacuum! Andrew won best costume, as  he’d come as Mr Staypuft from Ghostbusters!

The boys all had fun dooking for apples, and reaching for doughnuts, which was great.

Next, it’s Bonfire Night on Wednesday: are you having fireworks? 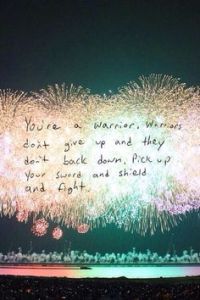 Here’s some to keep you going, until then 😉

letlerfit.wordpress.com/
In Shape with Shaun

Personal Trainer Perth - Feel fitter, stronger and healthier inside and out